Three weeks ago we moved the fs35 to the Institute for Statics and Dynamics to prepare it for testing there, which was not possible in our own workshop due to its height. 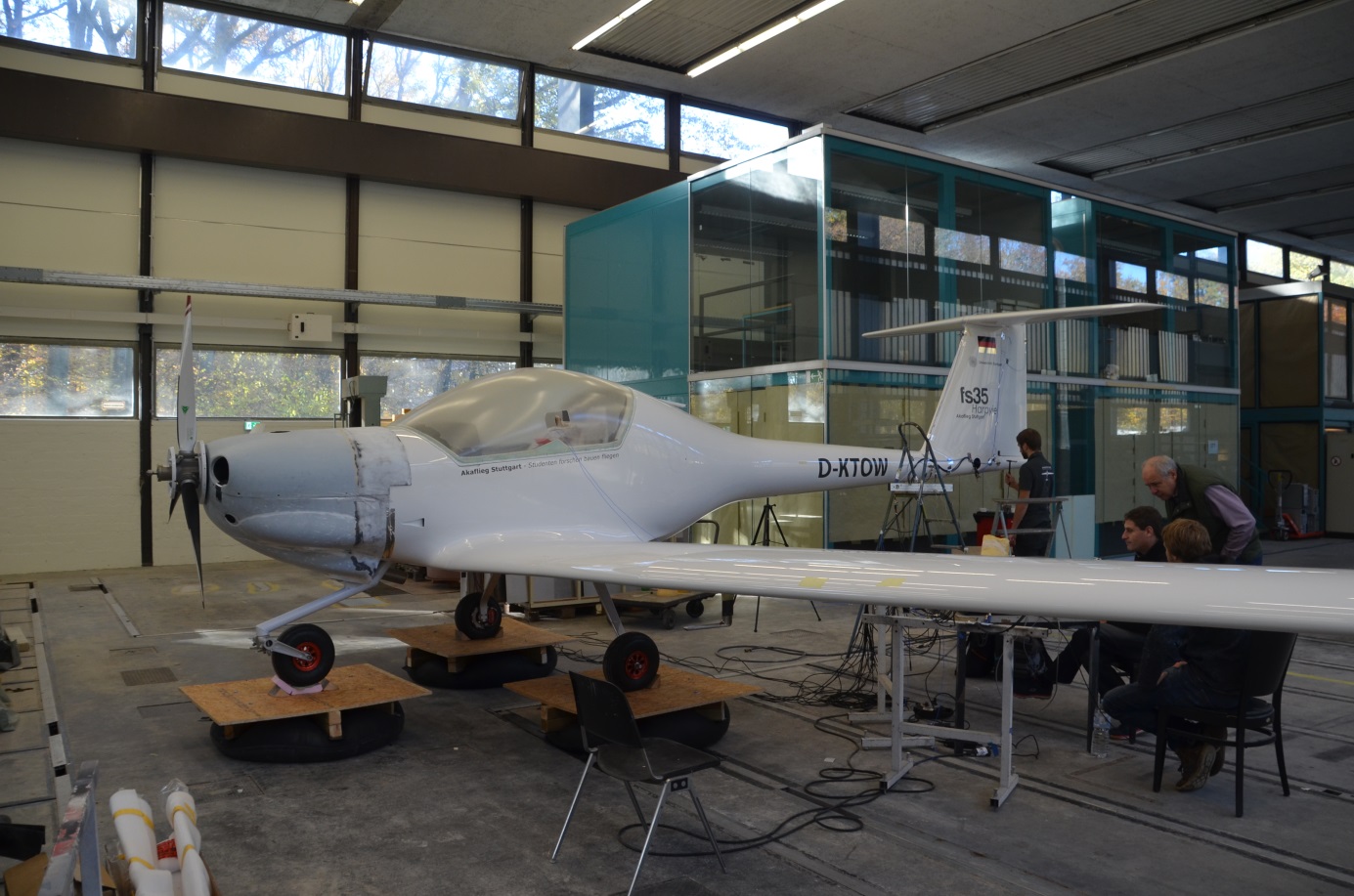 The aim was the so-called ground vibration test, which is essential for the safe operation of an aircraft without fluttering. This video from the DLR explains what flutter or aeroelasticity of an aircraft is all about:

In order to prepare the flutter report for the first flight, it is important to know the natural structural frequencies of the aircraft. Although these were already estimated on the computer with a finite element model (FEM), a calculation like this has too many inaccuracies and uncertainties. Particularly, the behavior of the controls or where the wings connect are difficult to calculate.

The solution to this dilemma is the experiment on the ground, in which all the resonance frequencies of the aircraft are induced and measured experimentally. In order to measure these sensibly, the aircraft must first be mounted as softly as possible. This is often done by hanging the aircraft from the ceiling with bungee ropes or, as in our case, by simply mounting the landing gear on huge inner tubes. A number of accelerometers and corresponding measuring equipment are then required for the measurement. Fortunately SIEMENS could loan us 13 triaxial and four one-dimensional sensors and a measurment system! Many thanks to them again. The vibrations were then stimulated with a pulse hammer, also borrowed from SIEMENS, or with a small electrodynamic shaker. This allowed forces to be applied at specific points and the acceleration responses of the aircraft to be measured. In order to induce and measure all vibration modes of the aircraft in different configurations, five days passed so quickly that even a few meals were forgotten. 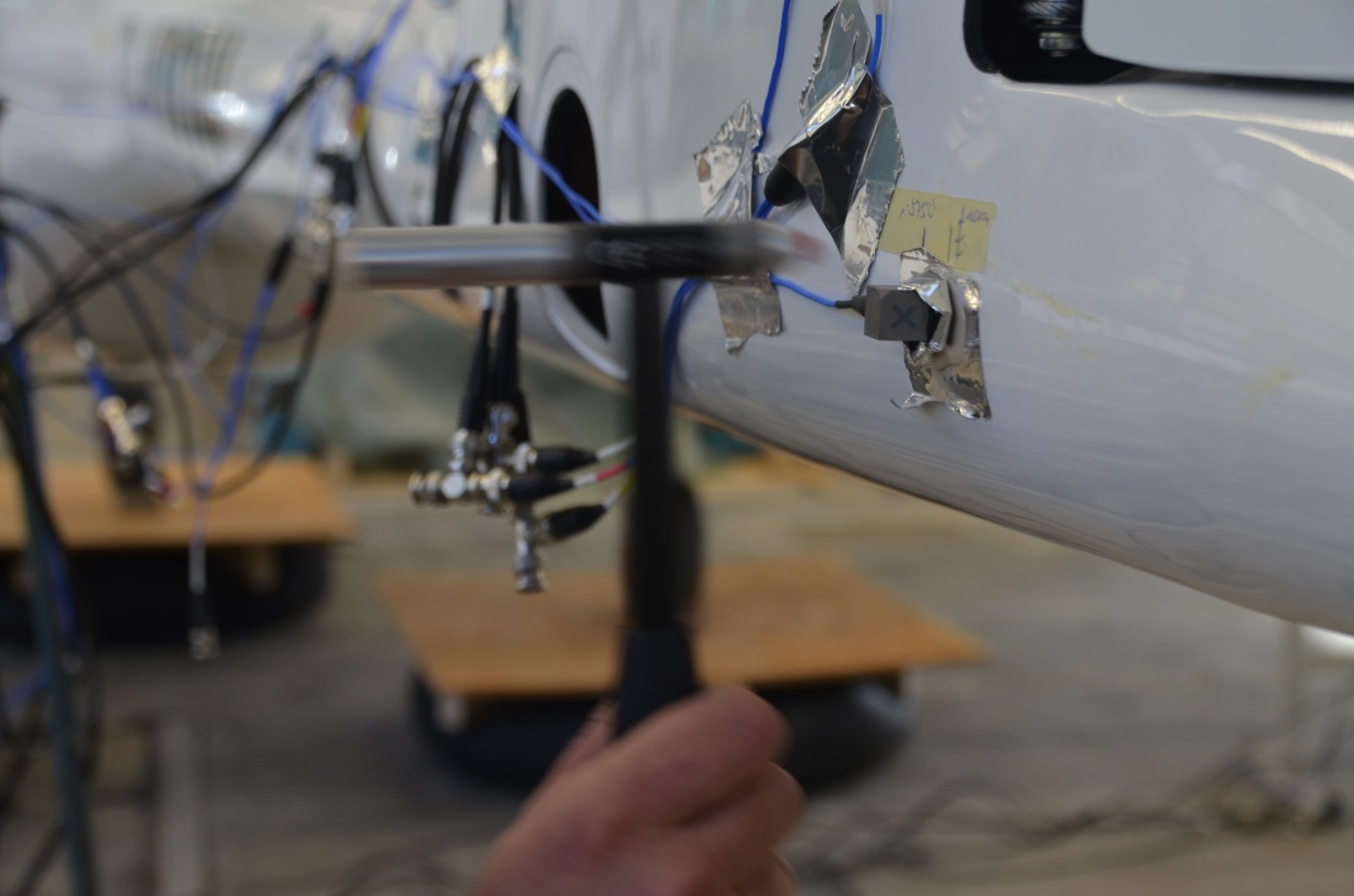 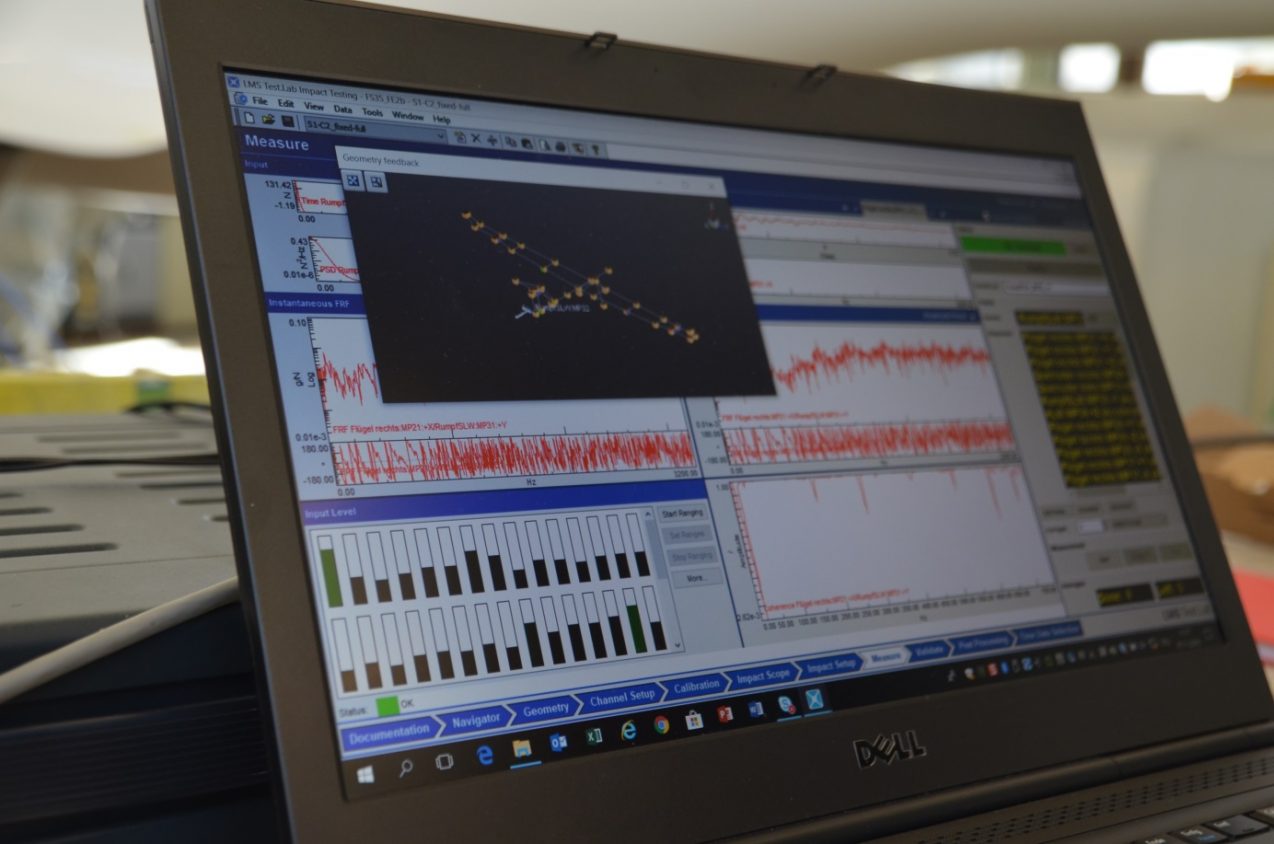 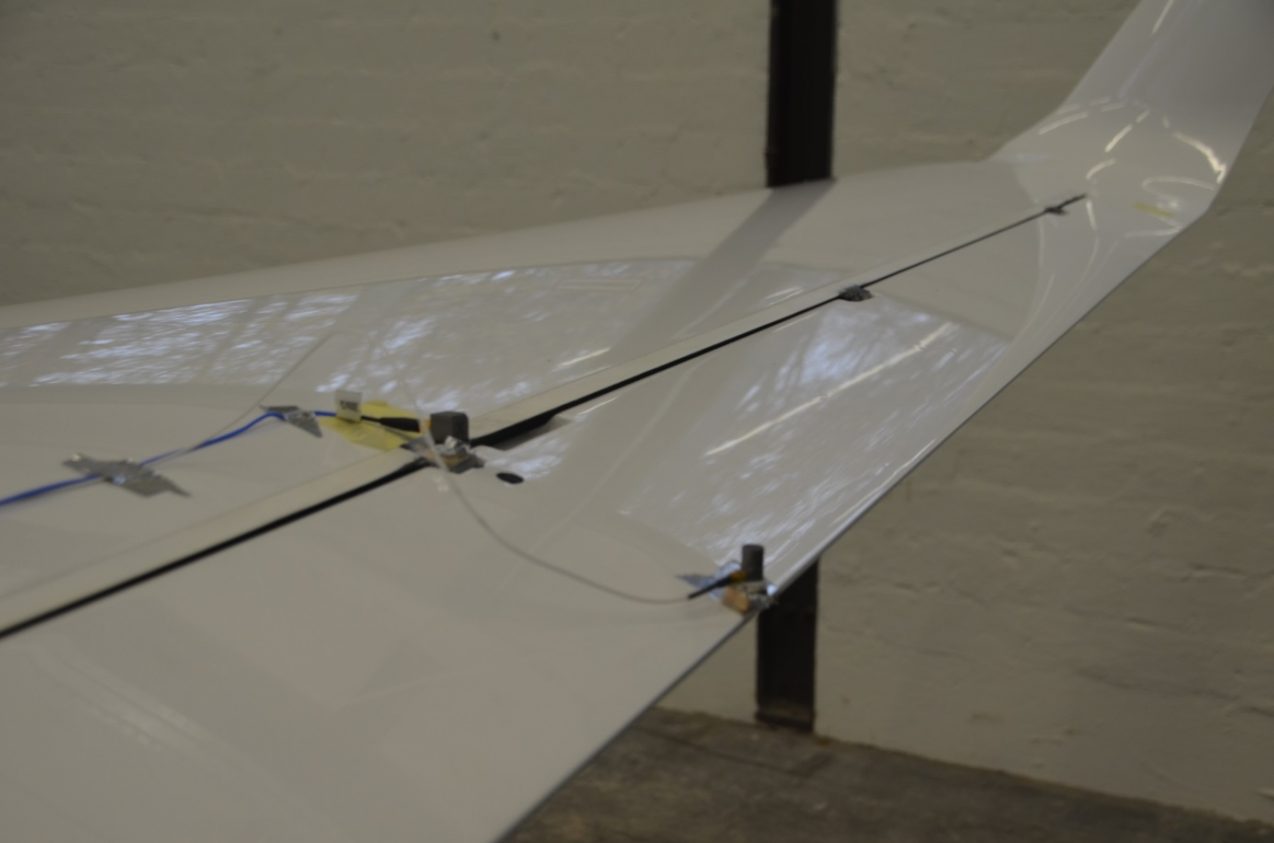 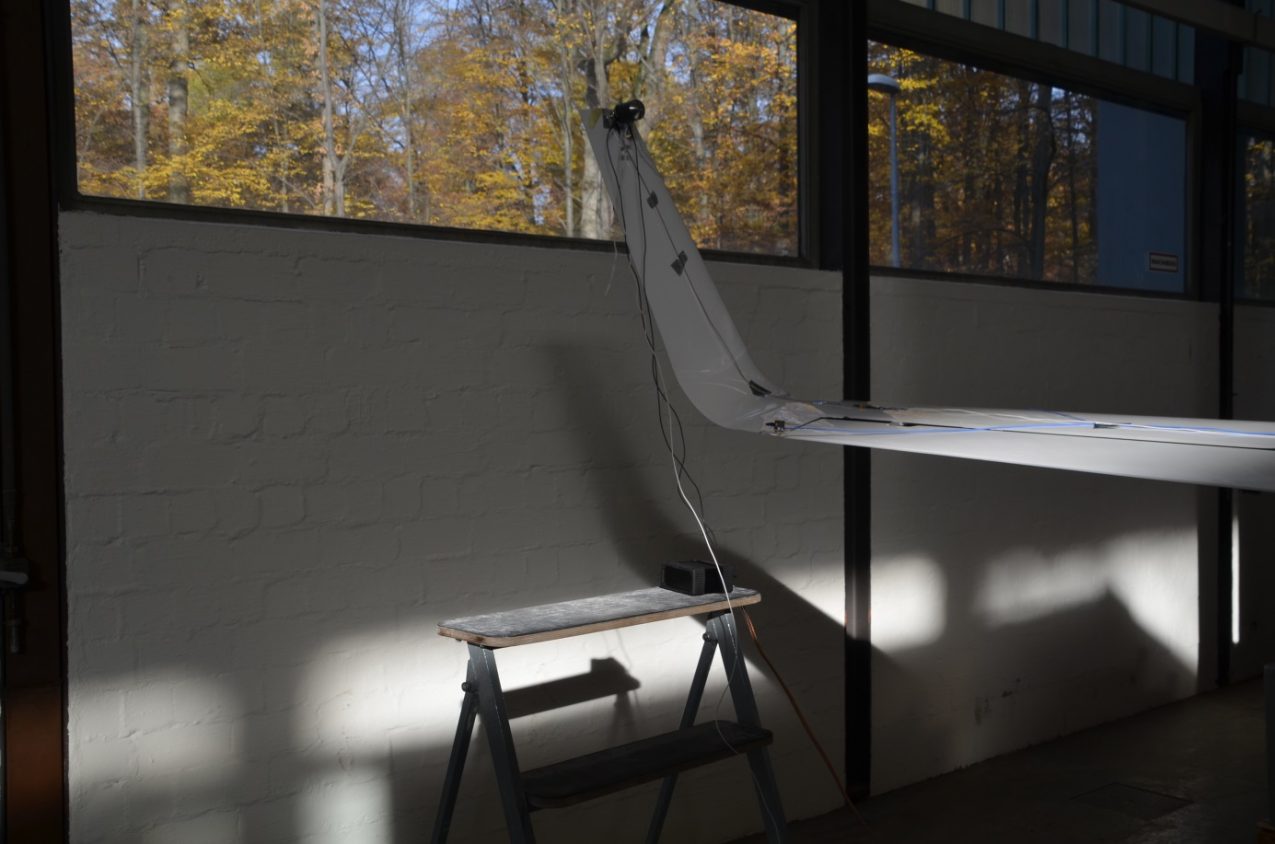 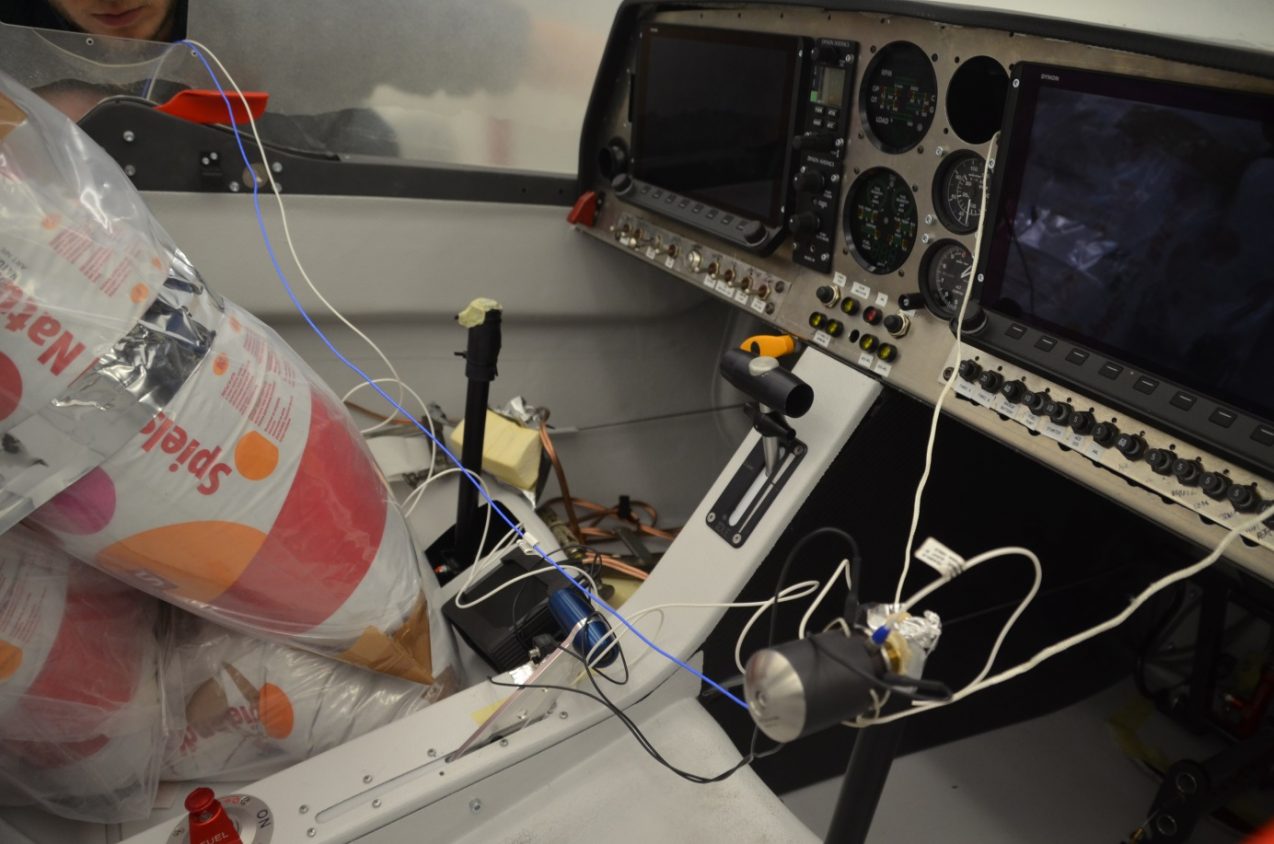 Now it’s time for the paperwork. With support from the Institute for Aeroelasticity at DLR in Göttingen, our project manager Roman “Biergit” Raabe can now carry out an experimental model analysis. The FEM model is then calibrated on the computer and the actual flutter calculation can be carried out. This involves modelling the aircraft with the aerodynamic forces acting in flight and examining it for instabilities. If instabilities occur, the aircraft can be stabilized with strategically placed weights in order to avoid fluttering. This can be accomplished with mass balancing at the rudders.